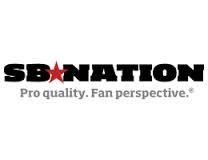 The NFL needed to make us care about the Pro Bowl, and the Skills Showdown did.

There are so many talented athletes in the NFL, and we had a different way to see how they stack up in skilled ways against each other. The Pro Bowl itself isn’t really taken seriously by fans or players, but the Skills Showdown was a simple and successful event.

It was also clear the players had a good time doing it, and since it didn’t air live, the pre-cut version didn’t take up too much time. Ten players for each team, five challenges, one hour: short, fun, and to the point.

The Best Hands challenge was pretty basic, but cool

The challenge was set up in a similar fashion to “around the world” in basketball. Players had to catch footballs in various ways as they went around the perimeter, with two-handed, sideline, one-handed, and over-the-back catches.

Odell Beckham Jr. and Jarvis Landry easily had the best times of the contestants, largely because they’re always practicing one-handed catches. T.Y. Hilton and Mike Evans struggled with those, and Beckham and Landry handled them with ease.

Because of Beckham and Landry’s history as college teammates at LSU, it made their back-and-forth nice to see at the end of the competition. Ultimately, Landry finished 0.2 seconds better than Beckham, who ran after his friend and tackled him in celebration.

Everybody joined the celebration at the end, and it was cool to see everybody just out there enjoying the festivities. The AFC led thanks to his victory, 1-0.

The Power Relay gave us an entertaining finish

The Power Relay consisted of a lift, pull, push, and smash. The lift required players to lift up a 250-pound wall. The push was a 700-pound sled that was moved by three players. The relay was finished with a running back smashing through a wall.

There was a bit of faux controversy when the NFC couldn’t move their sled because there was an obstruction on the track. So they were able to redo their turn, and they ended with a faster time than the AFC.

The best part was undoubtedly the running backs smashing through the wall at the finish. It was even better when the NFC went, because Dak Prescott and Odell Beckham Jr. ran behind Zeke to jump through the wall.

This challenge gave fans a good idea of just how strong some of these guys are, and still had a display of speed. Yet nothing was more satisfying than the wall smash. The NFC’s win tied up the festivities at 1-1.

Whether you were cheering for the NFC or AFC side, any rooting interests pretty much didn’t matter here. You just wanted to see the players come down with the catches, especially when the drone went up to 125 feet.

The camera angles were really cool, and of course Beckham Jr. made a ridiculous grab:

It probably wasn’t the best event of the afternoon, but you couldn’t take your eyes off of the screen as you watched everything that went into it. Odell’s snag gave the NFC the win and a 2-1 lead going into the next drill.

This challenge had targets with values between 1-5. The values were decreased the closer the passes were, and the farther they were the higher they got. Some of the targets were spinning, some swayed back and forth, and some moved horizontally.

The way the ball ripped through the targets was oddly satisfying, with the smoke that went up as the points were earned.

Rivers ended up with the highest total as the AFC’s quarterbacks outlasted the NFC’s, giving them a 2-2 tie going into the final game: dodgeball.

Dodgeball was awesome and should never go away

This was the event we had all been waiting for. You could tell early that no one put too much thought into strategy, but it was funny to hear Sean McDonough utter the words “great catch by Alex Smith” as the quarterback grabbed a ball thrown at him.

The NFC took over pretty quickly and soon T.Y. Hilton was the only member of the AFC remaining. He put up a good fight against five challengers and ended up lasting the round before Ezekiel Elliott ultimately got him. Zeke celebrated appropriately by taking his shirt off:

The NFC received three points for their dodgeball victory, giving them a 5-2 win in the Pro Bowl Skills Showdown.

Overall, the Skills Showdown was a great event. Most people are going to skip the Pro Bowl, so it was nice to see the NFL give something new a chance. After all, it’s not often we get all of the best NFL players together at the same time.

All year we begged for more fun, and this was a step in the right direction for something the NFL desperately needed to fix.