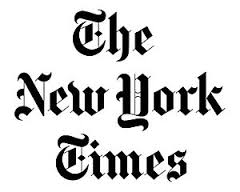 Two weeks after conducting the most complicated bicoastal experiment involving chain saws ever attempted, I am still scrutinizing the results for lessons and implications, but two things are already clear.

One is that, yes, a man with no chain-saw carving experience can in about four hours turn a tree stump into something that resembles a bear, if he is being tutored by a noted reality-TV chain-saw carver.

The other is that just as on a human, a well-placed hat on a chain-sawed bear can cover a multitude of sins.

But let's back up. This tale begins a few weeks ago when CMT rolled out a new reality show, "Chainsaw Gang," about the somewhat gonzo fellows at Deadwood Tree Sculptures near Malibu, Calif., who use chain saws to make elaborate carvings.

Their most intricate work is as impressive as a Brancusi, but they're the opposite of highbrow artsy types. They drink beer and prank one another and in general project a ragged insouciance. ("I feel like we're in fifth grade again," Matt Clementson, salesman for the business, says during a bit of silliness in Episode 2. "I'm more of a ninth grader.") If you own a chain saw, as I do, you watch these guys as they create their artworks and think, "Heck, I could do that."

Thanks to a carefully cultivated talent for procrastination, when "Chainsaw Gang" made its debut this month, a four-foot stump from a crab apple tree I had cut down over the summer was still standing in the front yard. Seemed like an opportunity.

Stacy Poitras, the owner and main brain of Deadwood Tree Sculptures, agreed to try a high-tech instructional clinic. The idea was that, via Skype, I, in New Jersey, would watch him, in California, execute the necessary cuts on a similar chunk of wood, then try to duplicate the feat and turn the stump into something more respectable than a stump.

Chain-saw carving is apparently having a cultural moment: "American Chainsaw," a series about a chain-saw sculptor named Jesse Green, has its premiere Thursday on the National Geographic Channel. But that doesn't mean any idiot should try this. I've been chain sawing through limbs large and small since I was in high school.

So I can handle a saw, or at least a 14-inch McCulloch, a relatively wimpy version of the tool. But I had never carved with one, which led Mr. Poitras to suggest trying a chain-saw-carving staple: a bear's head, relatively easy to make and also, he said, the sculpture most frequently requested by his customers (second: eagles).

Thus, 2,780 miles apart, we prepared to rev up our respective saws. But there was an immediate problem. The Skype gods were being indecipherable this day. I could see Mr. Poitras, but he couldn't see me, only hear me. After fiddling unsuccessfully with every setting possible, we decided to proceed one eye blind, as it were. Mr. Poitras would be instructing this novice without being able to see whether I was bringing forth a bear or a horrible mutant.

Those numbers apparently were not adjusted for student incompetence. We started at 1:30 Eastern time and quit only when dusk made continuing lethal, both for the bear and the carver. Mr. Poitras instructed me to begin by crosscutting a few inches above a prominent protrusion where a branch used to be (it would become the bear's snout), a cut that went through the knottiest, densest part of the wood and took the overmatched saw about 15 minutes. And that was the easy one.

After that came angular cuts from all different directions, most going only partway through the stump so that a wedge of wood could be dislodged to define cheeks or chin. Notching out the beast's ears proved to require a delicate touch I haven't yet mastered: one is freakishly larger than the other. The area under the jaw looks like a plastic-surgery malpractice case, and my efforts to imitate Mr. Poitras's raking technique to give the bear a furry appearance would later lead my brother to suggest that the sculpture be named Scarface. (Also proposed, of course: Boo Boo.)

We called the experiment on account of darkness after about 20 cuts; Mr. Poitras said the ideal bear's head takes 30. The final step was the most exciting. Since there are black bears in New Jersey, mine needed a little coloring for authenticity, so - as the pros sometimes do on "Chainsaw Gang" - I wiped it down with gasoline and set it on fire. Happily, the flames did not spread to the house, only eight feet away, and when they burned out, there was, if not a black bear, at least a blackened one.

Several neighbors came by, made the kind of complimentary remarks you dredge up with someone serves you homemade wine, then rushed home to remove me from their holiday-party invitation lists. Mr. Poitras, though, when he saw a photograph of my bear, was generous, kind of.

"Every time I teach someone how to carve a bear's head, it looks a little worse than yours," he said.

In truth, mine looks like a Hanna-Barbera reject, whereas the one Mr. Poitras carved for my benefit looks like something real bears would try to mate with. Mr. Poitras said prices for his sculptures average about $3,000. So what could I get for mine?

"Ah, how much does firewood cost?" he said, but then he threw me a bone. "Seriously, I think you could get 40 bucks."

I could use 40 bucks, but Boo Boo Scarface has started to grow on me. Cover up the mismatched ears with a hat and the lacerated neck with a scarf, and the guy may not look more bearlike, but he does become endearing. Sorry; not for sale.