How Hell’s Kitchen set the tone for culinary competitions 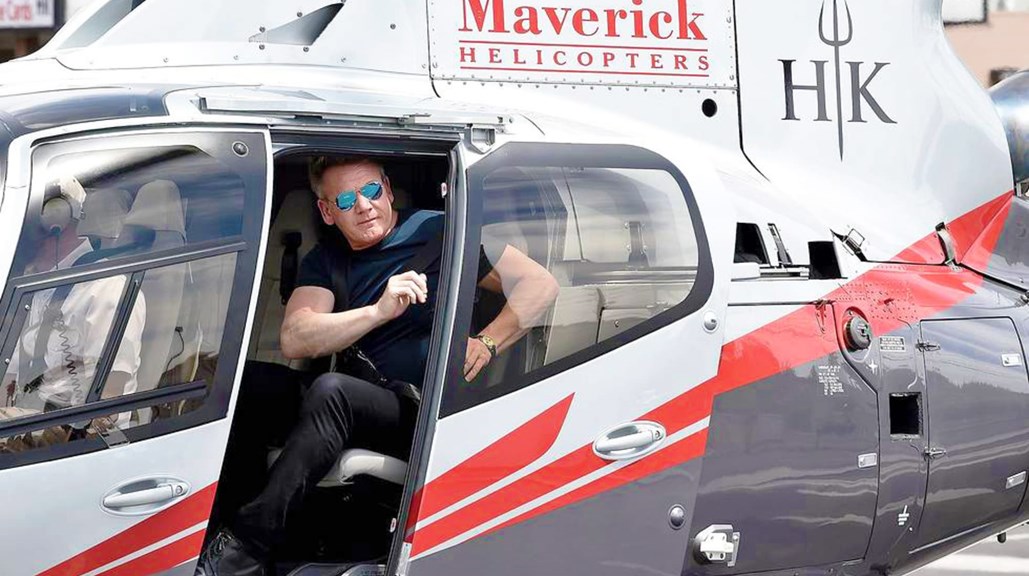 For many people, Hell’s Kitchen is their favorite culinary competition show. While many people instantly think of the fiery quips from Gordon Ramsay or the humorous punishments the losing chefs face, the reality is that Hell’s Kitchen was an innovator in the food television category. As Hell’s Kitchen Season 19 is set to premiere, executive producer Arthur Smith shares some of his insight why this show continues to draw legions of viewers.

As many people know, Season 19 was filmed in Las Vegas a little while ago. With this upcoming season being the show’s first foray outside of Los Angeles, many people are excited to see what the new environment holds for the competition chefs, Gordon Ramsay and the viewing audience at home.

During filming of Season 19, I had the opportunity to speak with Smith on the Hell’s Kitchen set. During a quick break from production, he shared some of his insights to why and how this long running food television show still draws foodies and non-foodies to each episode. Like the perfect recipe, it is the sum of all the right ingredients.

When Hell’s Kitchen debuted, it was a big departure from the traditional food television show and that idea was important to Smith. He said, “prior to Hell’s Kitchen, there had never been a successful food show on network television.” Given today’s programming filled with food TV, it seems unfathomable.

One of the reasons why the show found an audience was Smith’s approach to the program. Smith said that he “was on a mission to make a show for everybody, not just people who were into food.”

When you look at the FOX show, that statement is clear. From the fast-paced action to the production value, the show is the mix of food-entertainment. It is far from the old-school cooking demos that started food television.

For Hell’s Kitchen, one aspect clearly set it apart from other food television shows. The live service is real. It isn’t scripted. The food is cooked during the actual service. The diners are served (hopefully). The reactions are real.

Smith compared a dinner service to a “live sporting event.” Granted there isn’t an instant replay of that cooking fumble, but it is key to catch all the action as it happens. Everyone is in the moment. There is no do-over, try again or take two.

Although many people can debate the term reality television, the Hell’s Kitchen dinner service is the “unscripted reality television” that people crave. Gordon’s reactions are real, whether you agree with his banter or not. As Smith said, Gordon’s authenticity is why the show works.

Putting aside the entertainment factor, the driving force behind Hell’s Kitchen is still the food and finding an amazing chef from a talented group. Smith mentioned that when this idea first began, the goal was to showcase the skills that make a great chef.

Even with the fun challenges and sensational moments, the purpose that drives each and every aspect is to develop a great chef. From leadership to creativity to skills, each part builds the foundation to create a chef that can step into the Gordon Ramsay empire. Those skills are real and necessary. Without driving that purpose in everything that they do, the show would not be on its 19th season.

As fans watch the Hell’s Kitchen Season 19, they might look at the show with a new appreciation for the veteran food television show. Sure, everyone will pick out a favorite Gordon retort and will place their bets on the potential winning chef. More importantly, everyone will watch because the show is still at top of its game.