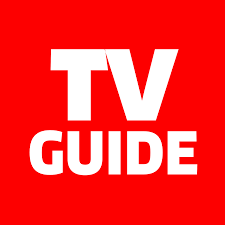 Executive producer Arthur Smith (Hell's Kitchen), who has turned the competition series American Ninja Warrior into a summer smash for NBC, is giving the 1990s syndicated hit (briefly brought back in 2008 by NBC) a modern makeover.

"It's a little darker, more intense, more serious," says Smith, who's producing the show through his A. Smith & Co. banner with MGM. "It's a little less red, white and blue. And there's no spandex. Spandex has left the building."

American Gladiators originally aired from 1989 to 1996 and featured amateur men and women as they competed against each other as well as the show's "Gladiators," who had names like "Nitro," "Laser," "Zap" and "Ice." The show spawned several international adaptations.

In a nod to modern times, Smith says the new American Gladiators will incorporate elements inspired by the popularity of both The Hunger Games and mixed martial arts. "Times have changed," he says. "This one is tonally different. It's more post-apocalyptic. But it's the same spirit."

Smith says he's been developing his Gladiators reboot for the past seven months and will shop it to broadcast and cable networks in the coming weeks. "I feel Gladiators is a big, broad family show," Smith says. "I've always been a big fan of the show." Smith says he isn't concerned that the NBC revival didn't last long. "Six years ago is eons ago," he says. "But what we're planning is a much bigger different from the original, and much different from the NBC show."

Casting will get under way after it lands a home; he's also waiting to tailor Gladiators to its eventual network partner.

But the overarching theme of the show is still David vs. Goliath-style battles. "There's no show in this world that embodies that spirit more than Gladiators," he says. "It's too great an idea not to grab."