American Ninja Warrior Is Exactly What Sports Should Be 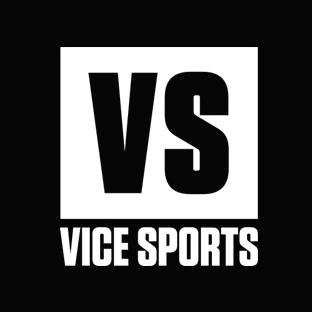 In 1997, the Tokyo Broadcasting System began airing Sasuke, a series of three-hour, 100-participant obstacle course specials. These self-contained specials were shot in Yokohama, Japan on a studio set dubbed Mount Midoriyama—a sadistic monument built of scaffolding, ropes, and foam pads. Contestants made their way through increasingly difficult stages of unyielding, surrealist obstacles in the hopes of achieving "Total Victory" over Mount Midoriyama.

Olympic athletes, MMA fighters, pro wrestlers, celebrities, entertainers, comedians, and hundreds of normal folks who are badass at climbing up cargo nets have all taken part in Sasuke. The U.S. version of the show, now known as American Ninja Warrior, has been airing since 2006. Regardless of continent, almost everyone who competes on the show fails. The show's appeal is rooted in this fact.

As is the case with Sasuke, American Ninja Warrior is an exaggeration of itself. The presentation is big. The course is big. The announcers are big. The music sounds like John Williams scored an episode of Nickelodeon's GUTS, and the whole thing borders on unabashedly cheesy. And, for the most part, it all works beautifully. Executive Producer Kent Weed explained "Whether it's through production value or lighting or staging we dress it up and make it look good, like a big event, because people like to watch big events and that's something that you feel like you don't want to miss as a viewer."

Still, despite the inevitable branding jargon, there's an earnestness about the show's athleticism. The course is incredibly difficult and unforgiving. Those that are adept at it are excellent athletes, many of whom put in countless hours practicing the variety of skills that running each specific obstacle course entails. Every run is a tense, physical spectacle. In six seasons, no one has achieved Total Victory.

"What we did is we concentrated on the sports aspect of it," says Weed. "And the human element of it, and, you know, creating basically sports entertainment."

The human element is unmistakable in the production. Given the obscure nature of the athletics—regardless of the hours we may have put in during recess, obstacle course culture is hardly drilled into us as children—the show focuses heavily on building characters and crafting narratives around them.

"We're true to sports at its core, but, you know, we create stories around humanity that people can identify with, and there are great success stories that make for heros and heroines out of it," says Weed.

The show's storytelling is over-the-top and routinely sappy, but it succeeds in providing a reason to care about each unique individual bounding off a mini-trampoline. Some of these characters will be with us through multiple episodes. Some of them will sadly depart somewhere after that mini-trampoline leap and before they get the chance to wedge themselves into something called the Jumping Spider. Despite the fact that everybody fails, despite the countless fingers seen slipping slowly off of military anti-ergonomic handholds and the countless bodies flailing into watery pits, the show maintains an overwhelmingly positive tone.

Co-host Jenn Brown does an admirable job handling a rugged interview beat. "In the cities, we have like 125 people; I interview every one of them." A good portion of her subjects are soaking wet and disappointed. "It's really hard to ask over and over, 'What went wrong? What would you do differently?'"

"I always try to give a positive spin at the end, to give them 'Hey, look, this is extremely difficult and you made it this far and look at the thousands of competitors who didn't make it this far. And you should be proud of that.'"

The entire atmosphere is more genial than cutthroat. "It is a really amazing camaraderie, and community, between the athletes," Brown says. "It really is something special and neat to be there down when we're taping and to just see other people giving advice and giving techniques. And after someone goes out, and they're done for the season, they still go back and they're like 'Hey, here's what I did wrong, and here's what I think you should do differently.'"

Brown comes from a gymnastics family. She played softball at the University of Florida, where she received an academic scholarship and graduated with honors. She's about as qualified as you could possibly be for a job hosting a TV program that is half sporting event, half reality show. "I look at it like it's another sport"," she says.

"Everybody has to submit a video to be on the show. I asked casting if I could have access to all the videos, of all the competitors that we were going to see run in that city, so that I was really was familiar with their storyline," says Brown. "You can get a good idea of what their story is, and their skill level, and all of that."

Those storylines are what made the sixth and most recent season of American Ninja Warrior its most compelling. Kacy Catanzaro played no small role.

In season five, Catanzaro had a good run. She handled the early obstacles, and beasted through a momentum disaster on the Floating Chains only to fail in jumping from a mini-trampoline to something called the Nunchuks. That performance, in addition to her gymnastics bona fides and her training with American Ninja Warrior star Brent Steffensen made her a known commodity, but no one could have predicted what would happen when she came back.

Before American Ninja Warrior season six, no woman had ever finished so much as a qualifying stage. Only stuntwoman Chie Nishimura had even finished a Sasuke stage.

Catanzaro crushed the Dallas qualifying course while the booth screamed in disbelief. "What you see is what you get there," Brown confirms. "It was bananas. That's the only way I can describe it." Catanzaro became the first woman to make it up the 14-foot Warped Wall—a feat visually comparable to Spud Webb's 1986 dunk contest masterpiece—and the first to complete a stage, qualifying for the City Finals. There was much rejoicing. "It was so amazing to be on the sidelines. And everybody's out of their chair, screaming."

Michelle Warnky followed suit in the St. Louis Qualifiers. Not to be outdone, rock climber Meagan Martin did the same in Denver. While Warnky and Martin would both be awarded wildcard spots to the National Finals, both fell short in their City Finals attempts.

Capping off a banner year for women on the show, Catanzaro was absolutely incredible in Dallas. After taking a post-cargo net moment to yell "I love you guys! Thank you!" to the cheering crowd, she wrecked shop.

On the Ring Toss, she missed a peg, and yoked herself back up by one arm, with no visible effort. She climbed the Warped Wall on her first attempt. When she cleared the Salmon Ladder, a sadistic exercise that requires the person climbing it to actually carry their own rung in a series of swinging pullup leaps, it was apparent that she was serious. She looked troubled on the Swinging Frames, but when she realized she couldn't reach across the gap between frames, she made what seemed like an impossible desperation leap. And then, my God, the Pole Grasper. She breezed through the Spider Climb, reached the top of the tower, and secured a spot in the National Finals by repeatedly mashing the kind of giant button that exists only on shows like this.

At the National Finals, Catanzaro made it through three obstacles before her limbs, or lack of longer ones, finally caught up with her. She hit the trampoline well and fully extended in the air, but her arms didn't didn't reach the sides of the Jumping Spider, and she tumbled into the pool. Her long run was over.

But Kacy Catanzaro brought us something that felt good. She reminded us that it's OK for sports to feel good—in fact, that's supposed to be the point. There is no way to quantify this, but she may be the the best thing that's happened in the world of obstacle course television since Wesley "Two Scoops" Berry ran his record-breaking Gauntlet on American Gladiators. People started paying attention.

Ellen Degeneres, whose show airs on a rival network, took such a liking to the series that she worked with American Ninja Warrior to have a course built in the parking lot of her studio so she could run celebrities through it. Allison Janney's run was obligatory television.

'We want to make it entertaining for a broad number of people to watch," says Weed. "Sports can be polarizing. But when you introduce the human element and you introduce people that the audience can relate to, then it broadens it out."

That six seasons of competitors have failed won't stop the audience from watching another wave of hopefuls try for a seventh time. In fact, it may only stoke their hopes that a hero, a true American Ninja Warrior, will rise.

"Obviously it's sad to not have someone get Total Victory, but it makes me so excited for next season," Jenn Brown says, maybe without realizing that she's encapsulated the hook.

Whether you believe him or not is mostly beside the point. The show really isn't about winning, anyway. On Sasuke, only three contestants have achieved Total Victory over Mount Midoriyama. But Japan keeps watching anyway. So will we.