A. Smith & Co.’s Arthur Smith on 20 years of passionate productions 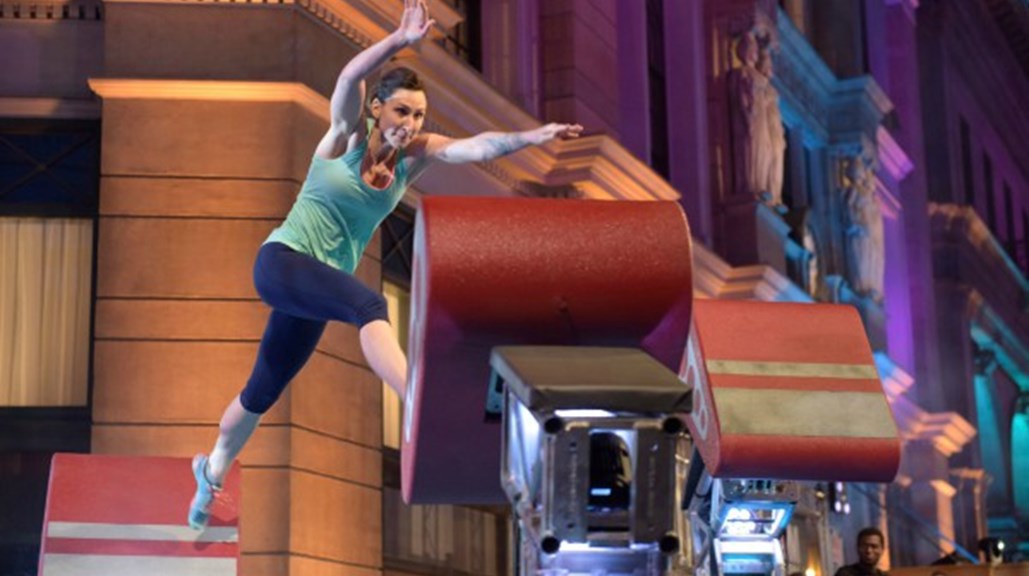 Planning can be overrated.

Granted, a road map can often get you where you need to go quicker than a good sense of direction and lucky guesses. But sometimes, a little faith, a little luck and a lot of drive can act as the perfect recipe for success.

Veteran producer Arthur Smith would probably concur with this theory. While his first forays into the entertainment business as a youth began in front of the camera as an actor, his fascination with the behind the scenes world of production sent him on a path that led to top executive positions at networks and major production companies, culminating in the formation of his own shingle, A. Smith & Co., 20 years ago.

“Everything that has happened before A. Smith & Co. was my training,” says the executive producer of such massive unscripted franchises as American Ninja Warrior (pictured, top) and Hell’s Kitchen. “But it was never according to a plan. It all seemed like a natural progression.”

OPENING DOORS
It was a journey that began at Toronto’s Ryerson University and its radio and television program, and has included stops at CBC Sports and Fox Sports Net, Dick Clark Productions, and Universal (or then, MCA Television Group) before arriving at the Toluca Lake, California location that is home to A. Smith & Co. and its 100 employees.

“Anytime I was on set, I was always hands on with everything,” he recalls of his time as a young actor in Canada, appearing in such productions as the teen movie Pinball Summer and the CBC sitcom Hangin’ In. “I was very curious about how things were made. I’d always run back to the control room to hang out.”

That curiosity would prove profitable in more ways than one. During his stint at Ryerson, Smith began work at Canadian pubcaster CBC, in its sports department. By the age of 28, he wound up running CBC Sports, overseeing production of the network’s Los Angeles Olympics coverage and there, getting his first big taste of the American media landscape.

His time with CBC Sports also imprinted within him the importance of storytelling, and revealed to him how marrying captivating story arcs with hard-hitting action can make for great television. “I thought, ‘Yes, this will open up doors for me, but I’m young enough to try something else,’” he recalls. “And if I’m going to do it, I might as well do it in LA.”

While on assignment in France, he felt compelled late one evening to write a letter to Dick Clark regarding potentially working for the legendary television icon and his production outfit, a company deeply entrenched in event television. It seemed like a natural home for Smith and his talents, and Clark agreed.

“He wrote me back, and I made it down there a couple months later,” Smith recounts. “I was with him for two hours, which was probably the longest amount of time I wound up spending with him. I walked in there with a number of ideas. He called the hotel the next day really early, and he said, ‘I have no idea what to do with you, but I really like you. Just give me some time.’ It didn’t take that long [to get hired], maybe a month later. That was 30 years ago.”

Smith credits Clark with bringing him into the U.S. and with providing valuable experience in producing big, splashy event programming, such as glitzy awards shows. From there, he moved to MCA Television Group as SVP, working on revamping its first-run division and development slate, and acquisitions for syndication.

After a stint there, the sports world beckoned once again via a new American broadcaster, Fox. As EVP of programming, production and news for Fox Sports, Smith helped propel the network into the world of cable sports, launching 22 sports networks and overseeing event and original programming.

“With all the jobs that I had, I really liked doing everything,” he says. “I liked doing the awards shows at Dick Clark, the big sports things at Fox. But what I loved most about those jobs was when I was producing. I was happiest when I was the executive producer of a show.”

MAKING THE MOVE
That “addiction to production” prodded Smith to make his next move and open his own shop. But he didn’t want to do it alone. Enter friend and Fox colleague Kent Weed.

“The vision was a little broad — we wanted to do shows we were passionate about,” says Weed, recalling how the prodco’s early days were spent in the offices of Fox Sports. Once the company landed its first major greenlight — You Gotta See This for Fox — it was ready to make its mark… and find its own offices.

“They took 65 episodes,” Smith recalls. “I remember calling Kent and saying ‘We need a building!’ So we went on to do 200 episodes of that show.

“I remember telling my folks that I wanted to start my own company and they asked, ‘How much are you going to make?’ And I said, ‘I don’t know!’ When I think back on it, I guess I did take a big risk, but I was so passionate that I didn’t allow the enormity of it to hit me.”

Passion was the key driver in the decision-making process, according to Weed and Smith, and it remains that way two decades later. “We knew we could execute,” Weed says. “We turned down a lot of things at the beginning and started in on doing things we wanted to do.”

Another exec at Fox would wind up playing a significant role in A. Smith & Co.’s ascension in the unscripted TV industry: reality head Mike Darnell. The man behind some of the genre’s earliest, and noisiest, series brought them on for one such project, a British format from Mentorn called Paradise Hotel, and the experience led to other collaborations, most notably Hell’s Kitchen, starring a non-nonsense, tough-talking chef, Gordon Ramsay, who was at the time an unknown commodity in the U.S.

“Hell’s Kitchen came from the UK but we were able to take the name and make a different show out of it, something broader for American audiences,” says Weed. “When we did Hell’s Kitchen, no one had really done cooking on primetime on a network. And everybody doubted Hell’s Kitchen too. I think we had 16 different cuts of the first episode.”

“Arthur and I have worked together on many occasions over the years, and I have always found him to be a great partner,” says Darnell, now heading unscripted TV for Warner Bros. “He approaches every project with a level of ingenuity and enthusiasm that makes him a world-class producer.

“And on top of all that, he’s a lovely human being.”

CHANGING THE GAME
Two decades of business naturally result in change and evolution for any company. Acquired
by UK-headquartered Tinpolis Group in 2011, A. Smith & Co. restructured its topline in 2019, as Caroline Baumgard joined the company as CEO after stints with such superindies as Banijay and Endemol, and Smith took on the role of chairman of the prodco, while taking on the same post for Tinopolis USA, which also houses Magical Elves under its umbrella. Smith continues to exec produce several of the company’s hit franchises, and Frank Sinton, a colleague of Smith’s since the Fox Sports days and COO of the company since 2011, is also in that role for Tinopolis USA. Sinton also oversees A. Smith & Co.’s Dox division, focusing on premium factual.

Weed, meanwhile, stepped down as president of the company in 2018 to focus on family and new pursuits. He remains an exec producer of American Ninja Warrior.

From a content perspective, new projects for scores of cable and broadcast nets and streamers are balanced with consistent performers across a wide swath of genres. Hell’sKitchen is still on the air, 20
seasons later, and it is one of several successful franchises from the shop, each fitting into a different niche of programming. NBC’s American Ninja Warrior, first airing in 2009, marries incredible physical competition feats with characters worth caring about, as does the Peacock’s The Titan Games, hosted and exec produced by Dwayne ‘The Rock’ Johnson. Meanwhile, TV One’s Unsung, which spotlights legends of R&B and soul from past to present, has been a staple for that network since 2008.

The company’s ability to develop and produce compelling content across genres is a key strength, according to Baumgard.

“I think as the business evolves and more buyers are out there, it’s content first,” she says about the demands of the current climate. “And that’s what’s exciting to me about this company. We can develop in any space, and the more that we can do that, the more of a chance we have of being around for another 20 years.”

“One of the things that we take pride in is that we do all sorts of budgets, all sorts of genres,” offers Sinton. “We love telling stories. Cable didn’t kill network television, and streaming hasn’t killed cable. The future is incredibly bright because unscripted is such a staple of all of these platforms. It’s a big spectrum and we’re happy to play anywhere.”

And for Smith, while production has been his life’s work, the element of play remains. “I’m still in the control room every day. I love the challenges, the new directions, trying to reinvent… and I love the people,” he summarizes.