Arthur Smith is producing a lot of the TV you'll be watching this summer. 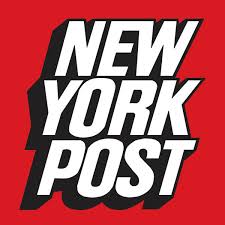 You likely won't think of the name Arthur Smith when you're watching TV this summer, but the co-founder/CEO of A. Smith & Co. Productions is a force in what you'll be seeing on the small screen - and he's been a major player in the TV production business for years. Smith currently has four shows airing in prime time - "American Ninja Warrior" (on NBC & G4) and "Hell's Kitchen," "The Choice" and "Kitchen Nightmares with Chef Gordon Ramsay" (all on Fox) - while a fifth show of his, "Surprise with Jenny McCarthy," has been picked up by NBC (airdate yet to be determined).

Arthur Smith is producing a lot of the TV you'll be watching this summer.

Smith took time out of his busy schedule to give Starr Report readers his recipe for a successful summer series, in his own words.

1.) Compelling Stories In A Competition Format

"Great television is all about telling great stories. Whether it's chefs trying to impress Gordon Ramsay, or dangling by your fingertips from a narrow ledge on a killer obstacle course, or fighting to get a date with a celebrity, the audience has to have an emotional response as to what's happening. Our job is to weave important 'story' elements into the shows so it either makes you laugh, cry, cheer or even get angry.

"It's important for summer television to have a lighter tone. It can still be dramatic, and it can have its serious moments as well, but it needs to have some humor and some levity to go along with it."

"There's a lot of distraction in the summer. To break through, a show needs to be big, loud and engaging enough to get the viewer to put down the corn on the cob, set aside the volleyball, pick up the remote and escape into a great hour (or two) of TV.

"When you get [viewers] there, it needs to be fast-moving, with no lulls. Whether it's a game show, an athletic competition or a docu-soap, it needs to have a rhythm to it - and a conclusion that everyone can't wait to see."

"Did I mention characters? A show lives and dies on the characters that populate it. You have to love them or hate them - a neutral character is death. Networks are always asking for shows that are 'noisy' - big, loud, attention-getting - that's what draws in a summer audience. And great characters are key to keeping them watching."

"Nothing can turn a viewer off quicker than a predictable show. They need to be jolted, taken off-guard, and they should always be guessing as to what is going to happen.

"Quite often half the fun is the journey you take them on, and the other half is being surprised in some way by the outcome."